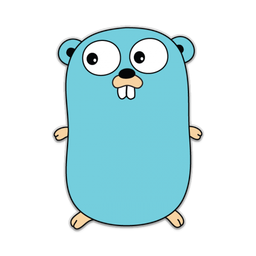 Getting Started with Redis and Go - Tutorial

Hi everyone, in this tutorial, we are going to be looking at how you can effectively use Redis as a backend solution for your Go applications.

If you wish to follow this tutorial on your local machine, you’ll need to have the following installed on your machine:

Redis is a fantastic open-source in-memory data structure store which can be used for various purposes such a database for your app, or a caching service or even a message broker.

It supports a wide variety of different data structures and is incredibly versatile and fast. If you are concerned with things like resiliency then you’ll be pleased to hear that it has built-in replication and can be run in a cluster setup to ensure that your applications are not reliant on a single instance.

For the purpose of this tutorial however, we are going to be keeping it nice and simple with a single, locally running instance of redis which we’ll be running with Docker.

Let’s get started with this tutorial and download the redis docker image and run it using the following 2 docker commands:

Connecting to our Redis Instance

Ok, so now that we have successfully started our redis instance, we can start writing a very simple Go application that will connect with this instance.

Start by creating a new directory in which our project will live. Within this new directory, create a new file called main.go.

With that created, let’s open this file up in our text editor of choice and start coding!

Let’s validate that our setup works and that we are able to run this locally by calling go run main.go

Awesome, with that in place, let’s start working on connecting to our single Redis instance.

We’ll start off by importing the widely used github.com/go-redis/redis package which, at the time of writing this, is the most popular Go package for interacting with Redis.

Now that we have imported the necessary package, we can start by defining a client which takes in various options such as the address of the redis instance we want to connect to, the password and the database we wish to use in that instance.

In this case, we don’t have any password set for our particular locally running instance so we can leave that blank and we’ll be using the default database for now which is denoted by the value 0.

After we define this new redis client, we then want to try and Ping our instance to ensure that everything has been set up correctly and print out the results:

When we go to run this now, we will see that our incredibly simple Go application has been able to successfully ping the redis instance that we have spun up and returned a successful PONG response:

Perfect, we’ve been able to successfully connect to our Redis instance in the previous part of this tutorial. We now need to look at how we can both Set and Get values from this redis instance.

We’ll start off by looking at setting values using the client.Set method. This method takes in a key and a value as well as an expiration. Setting the expiration to 0 effectively sets the key to have no expiration time.

The Get method simply takes in the key that you wish to retrieve from your redis instance and we can use the Result() method chained on the end to convert the response to a value, as well as a potential error:

If we add the above code to our main function just below where we Set the value, we can then try running this:

Awesome, we have now been able to successfully both Set and Get values from our Redis instance from within our Go application!

Whilst you can certainly achieve a lot just with storing basic key/value pairs in Redis, sometimes you need to take things a little further and store more complex composite data structures in the database.

In this case, we tend to Marshal the composite data structures into JSON and subsequently store these JSON strings in the database using the same Set method we used earlier.

Let’s define an Author struct which contains an Name field and an Age field as well as the necessary tags on these fields that will allow us to marshal them into JSON.

We can then update our code to first marshal a new Author struct and then Set this in our redis instance against the key id1234 and passing in our newly marshalled JSON like so:

When we go to run this, we should see that we have successfully been able to store our Author struct in our redis database against the key id1234. We’ve then been able to successfully retrieve said author using the same key and the same Get method we covered earlier.

If you enjoyed reading this, you may also enjoy some of our other articles on the site:

Checking if a Key Exists in a Map in Go