Scope and Ownership in Rust

Every data value has an owning scope, including implied temporary values such as the result of 2 + 2 when we ask Rust to compute (2 + 2) * 3.

When Rust is done with a scope, all of the data values that the scope owns are discarded and the memory that was used to store them is freed up for other uses. This includes memory that was allocated on the heap. The time between when a value is created and the time when its owning scope is done is called the lifetime of the value.

Like most programming languages, Rust uses a stack to handle memory management for scopes. A stack is a simple data structure, also referred to as a Last In, First Out Queue or LIFO. Stacks support two operations: push, which stores a new value, and pop, which removes and returns the most recently stored value. 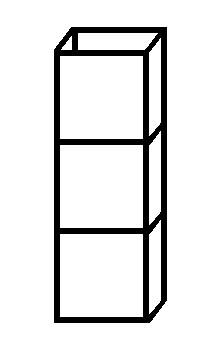 When a value is removed from the stack, the Rust compiler also makes sure to do any cleanup that is needed before discarding the value, including calling a custom cleanup function for the value if one is defined.

Most programming languages do this, but not exclusively. In Rust, even when a data value uses heap memory, it is represented on the stack and controlled by the rules of ownership. By following that simple procedure, it’s easy for Rust to handle all of the record keeping and memory management for a program, efficiently and with no garbage collection required.

Note - Garbage collection is a mechanism used in many programming languages to remove the burden of memory management from the programmer. It’s even easier to use than Rust’s method, but it does require time for the garbage collection mechanism to run, which can impact program performance. Rust’s method is almost entirely deterministic at compile time: the Rust compiler knows when to allocate and deallocate memory without having to figure it out while the program runs.

It’s possible (and common) to transfer ownership of a value to a different scope. For example, we can do something like this:

What is happening is that the main_1 variable is created and initialized under the ownership of the current scope (the value is pushed onto the stack), but then the ownership is transferred to the scope of the block expression that makes up the receive_ownership function’s body, when the value is used as a function parameter. The compiler knows that the current scope is no longer responsible for cleaning up the value stored in main_1, because that job now belongs to a different scope.

Note - The bytes that represent the value on the stack are copied to a new location on the stack, within the scope that is receiving ownership. Most data values store some of their information outside of the stack though, so the bytes that are left behind in the old scope are considered no longer meaningful or safe to use.

Ownership can also be transferred in the other direction. This function receives ownership of its parameter, but then returns the parameter (and hence the ownership) back to the block where it was called:

That doesn’t mean that the original variable (main_1) becomes usable again, but if we assign the return value from the function to a variable, we can continue using that value through the new variable.

Ownership can also be transferred “sideways” by assigning a value to a different variable. We do something like this:

Here, the value stored in main_2 is moved to main_4. In this basic example, that’s not particularly interesting; we’ve just got a new variable containing the value that the old variable used to contain, and they’re both in the same scope anyway. This gets more interesting when we do things like assigning a value to a structure member, especially when the structure has a different lifetime.

Rust’s compiler is very careful about ownership, and when it detects a situation where ownership is not properly respected, or even might not be properly respected, it reports an error. The following function will not compile, because it is only valid when the switch parameter is false:

When we try to compile the uncertain_ownership function, we get output like this from the compiler:

As far as the compiler is concerned, if we could have moved the value before using it, we don’t get to use it. Hope you enjoyed reading this article. If you’d like to get up and running with Rust, Rust Quick Start Guide is your one-stop guide! Rust is an emerging programming language applicable to areas such as embedded programming, network programming, system programming, and web development. This book will take you from the basics of Rust to the point where your code compiles and does what you intend!

Working with JSON in Rust - Tutorial